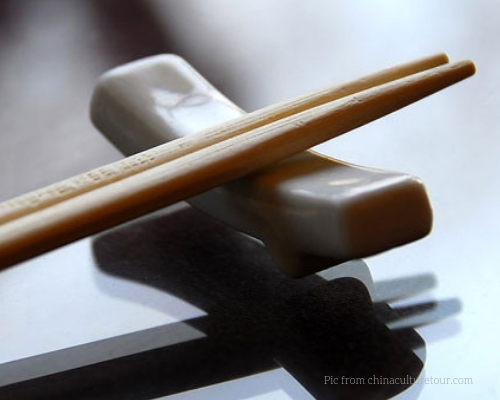 Created in China during the reign of the Shang Dynasty between 1766 and 1122 BC, chopsticks (筷子，Kuàizi ) went through many changes of design.

They gradually became one of the primary table utensils in the modern regions of China, Mongolia, Japan and some other countries.

The oldest pair of chopsticks were made from bronze. It was excavated from the 3200-year-old ruins of city Yen, near modern Anyang, Henan.

The size, material, and design of those early chopsticks suggest that they were not initially used as an eating utensil, but rather as a tool for cooking, stirring the fire, serving or seizing bits of food.

After several centuries, the design of chopsticks changed from a set of two joined bamboo pieces to a more modern look of two separate sticks.

It was not until the 17th century did they start manufacturing them with lacquer wood. 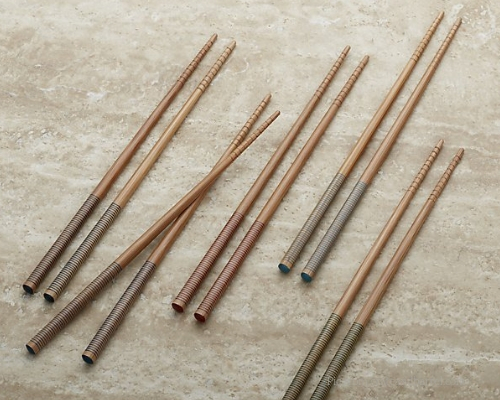 The Interesting Fact About Using Chopsticks

Chopsticks are representative of Chinese culture.

Most Chinese people find it difficult to have a meal without chopsticks.

1.3 billion people in China and Chinese people abroad know how to use chopsticks from an early age (3 on average).

In terms of necessary appliances, its popularity is second to none.

According to modern science, using chopsticks can make fingers flexible, which is beneficial for physical and mental health.