The signing ceremony of the "World Youth Panda Reporter"

At 10am on May 13th, the signing ceremony of the "World Youth Panda Reporter" was successfully held in Chengdu City Celebrity Hotel. 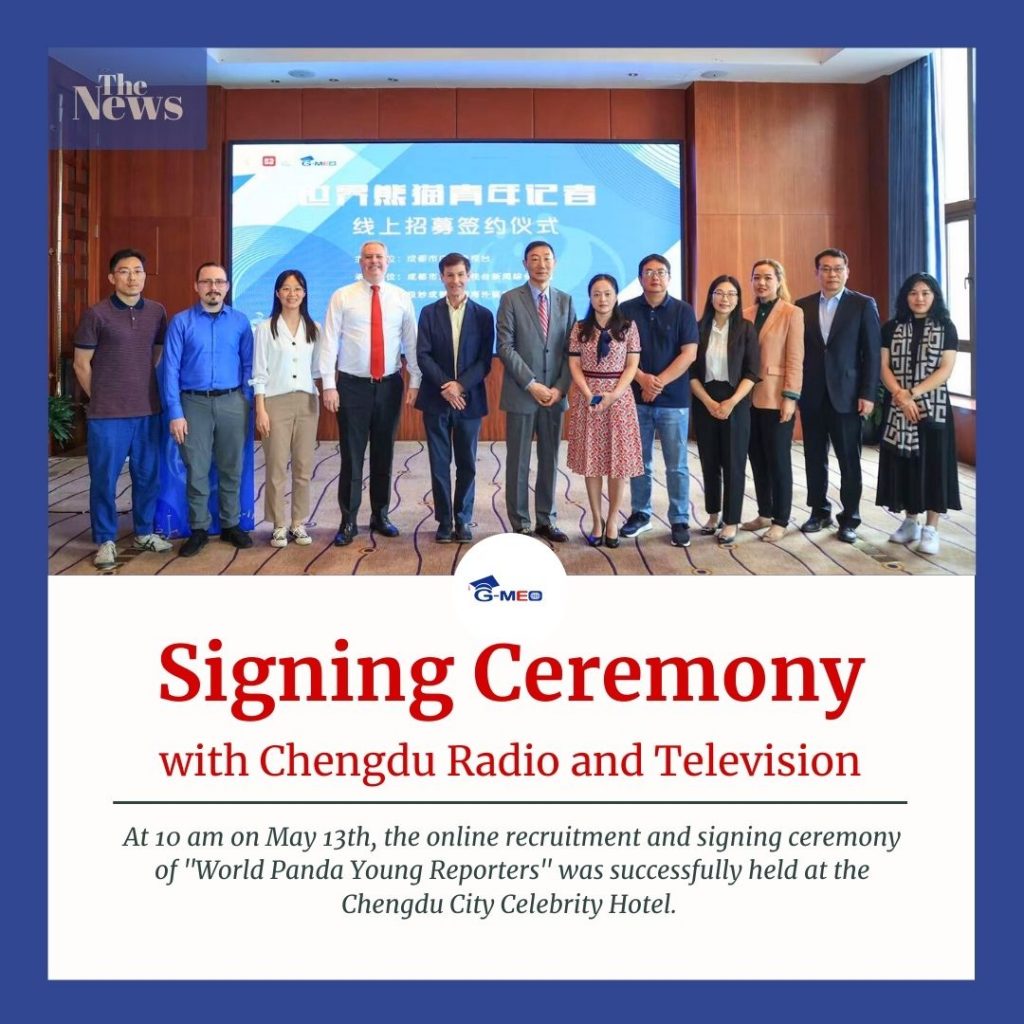 At 10 am on May 13th, the signing ceremony of the "World Youth Panda Reporter" was successfully held in Chengdu City Celebrity Hotel. Relevant representatives from the Chengdu Education Bureau, the G-MEO Chengdu American Center for Study Abroad, the American Chamber of Commerce in Southwest China, and other units attended and witnessed the signing ceremony.

This signing demonstrated how the "World Youth Panda Reporter" project enhances Chengdu's global communication and showcases Chengdu as the first choice for study abroad for foreigners. In this new partnership, the G-MEO Chengdu American Center for Study Abroad will work together with Chengdu Radio and Television Station to integrate resources from foreign students, build a professional and diversified exchange platform, and attract more American college students to join the "World Youth Panda Reporter" program. 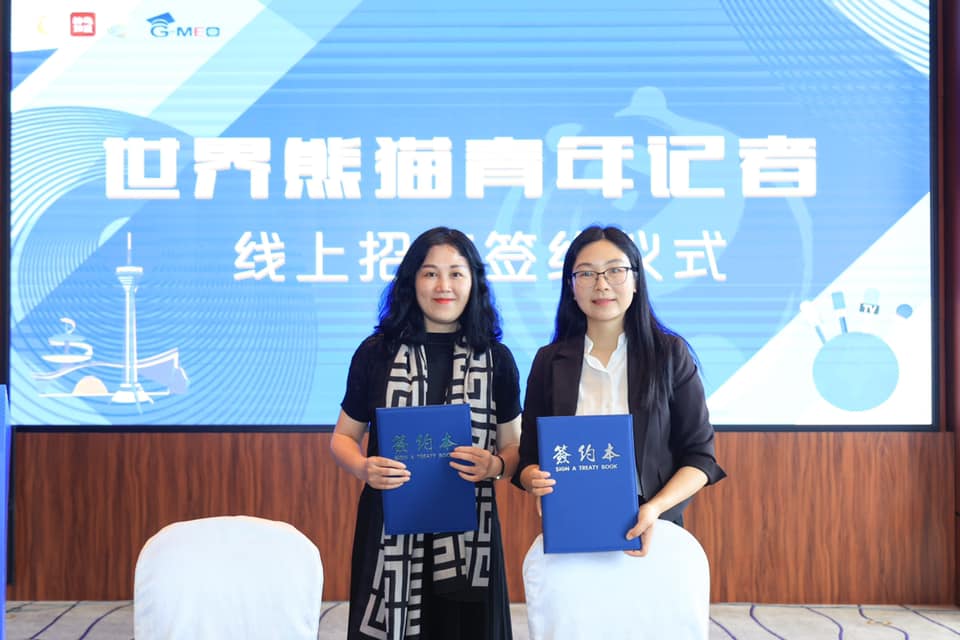 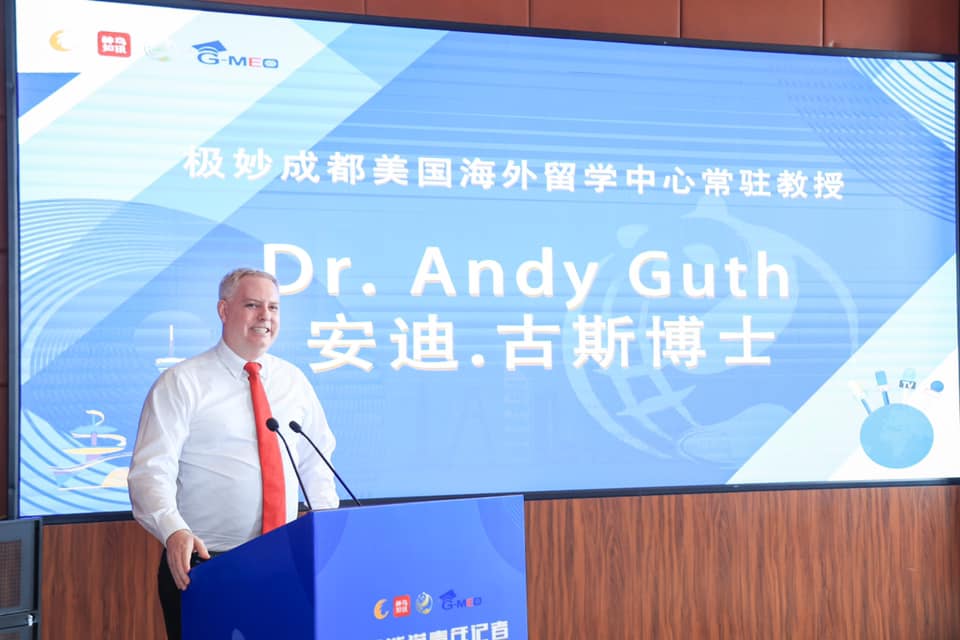 Dr. Andy Guth, a permanent professor at the G-MEO Chengdu American Center for Study Abroad and United Nations Economic and Cooperative Development Consultant, described himself as a "Rong Piao (蓉漂)". He described his time working and living in Chengdu, expressed in Sichuan dialect, as, "Chengdu, Ba Shi!" (So cool and awesome!)
Dr. David Chang, the founder of G-MEO also sent a congratulatory message from New York City, wishing the project and Chengdu's internationalization process a great success.
This signing has further expanded the "World Youth Panda Reporter" project to another level. G-MEO will keep sharing the beauty of Chengdu and inviting more students to join the project to experience Chengdu, Tianfu culture, and to have fun.

About the "World Youth Panda Reporter"

"World Youth Panda Reporter" is a program designed by Chengdu Radio and Television Station. This program provides cultural exchange opportunities between Chinese and foreign students to tell the story of Chengdu and spread their voices around the world showing China's culture, pandas, new technologies, travel spots, food, and so on.
So far, the program has cooperated with more than 130 well-known influencers in various fields around the world and more than 5,000 people have signed up for this program. By inviting all international youth influencers and students to participate in a series of activities in Chengdu, the "World Youth Panda Reporter" project delivers the image of Chengdu as a beautiful and livable park city to the world.

Chengdu, a livable city for the world

In recent years, Chengdu has been dedicated to building an international gateway hub, strengthening its international community, establishing a livable place for foreign workers, and making the city the first choice for international students studying abroad. Chengdu is a great city not only for students from China but those from abroad as well. While living in Chengdu, you will find an enhanced communication and understanding between young people from different cultures.

HOW TO BE MORE PRODUCTIVE DURING QUARANTINE?

LISTEN TO WHAT SUMMER 2019 U.S. COLLEGE STUDENTS SAID ABOUT THEIR STUDY ABROAD LIFE IN CHENGDU, CHINA

Dr. David C. Chang was named the ninth President of New York Polytechnic University (now known as NYU Tandon School of Engineering) on July 1, 1994, and was appointed Chancellor in July 2005. In addition to being a full professor at his home institution, Dr. Chang also holds honorary professorships at five major universities in China.